The first look of the Shershaah was released on Siddharth’s birthday. He shared the first look poster of the film and wrote,” An absolute honour to able to paint the screen with shades of bravery and sacrifice.” Shershaah is a biopic on war veteran Captain Vikram Batra, who died in the Kargil War and was honoured with Param Vir Chakra posthumously.

Kiara Advani, who will be portraying the role of captain’s love interest took to twitter and wrote,” Thrilled to be part of an ode to Kargil war Hero and his brave journey. Presenting the untold story of Captain Vikram Batra (PVC)- Shershaah.”

In the poster, Siddharth Malhotra has seen the dress of soldier along with the intense backdrop of war scenes.

On Army day, Siddharth took to twitter to pay homage to the soldiers. He wrote,” A big salute to all our soldiers for their courage, velour and boundless determination! After interacting with them closely, I have realized that it’s truly the most selfless profession. We can’t thank them enough for everything that they have done for the country. Jai Hind!”

The shooting of Shershaah had started in May last year. The film has been directed by Vishnu Vardhan. The film is produced under the banner of Dharma Productions and is slated to release on July 3 this year. 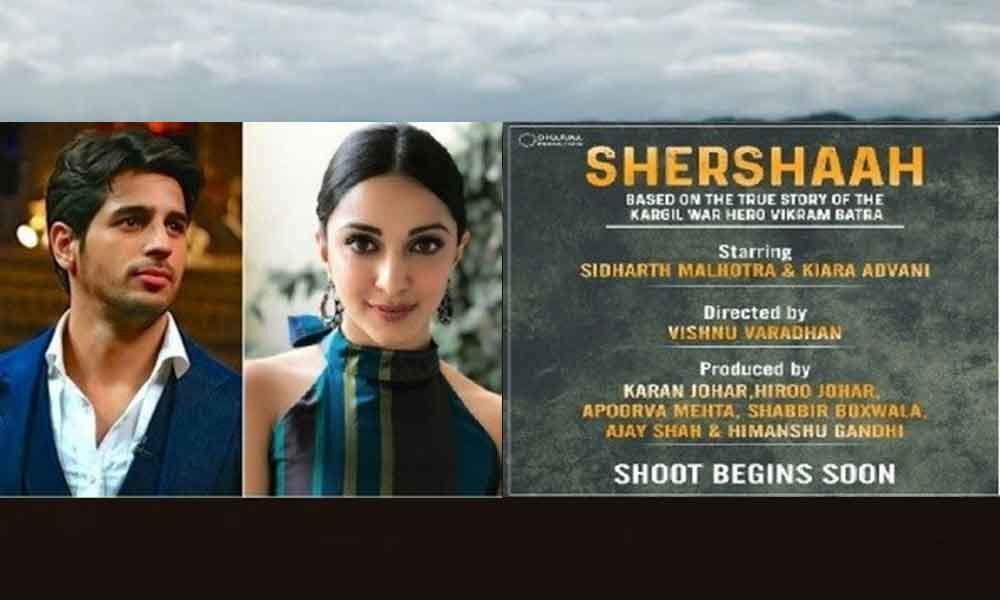